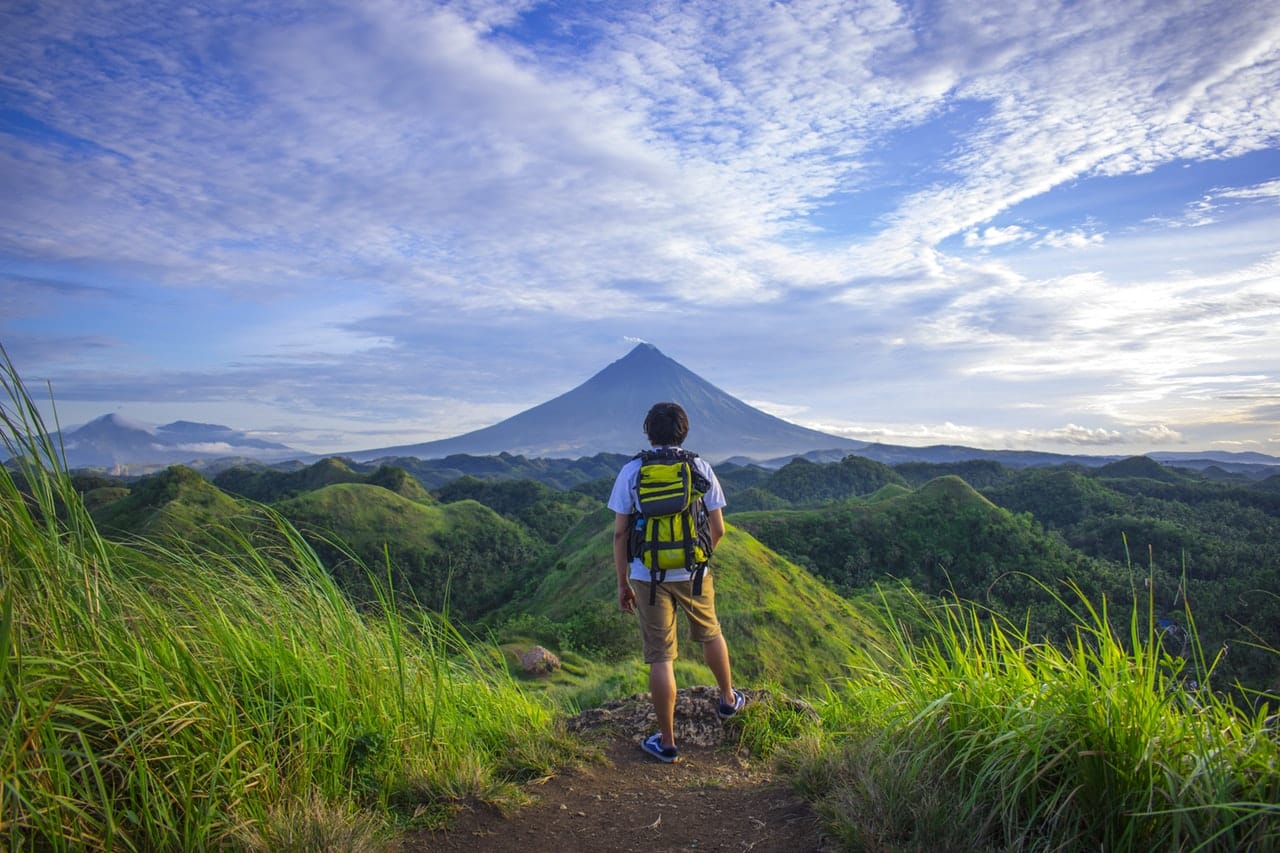 “Will this actually work?”

I’ve thought about this question so many times during the last couple months. I’ve wanted to be a full-time blogger on the internet since two years ago, and as you can see, I’ve stuck with it ever since.

Most experts say you need to wait at least 3–4 years to see the fruits of your labor in an entrepreneurial venture.

In the case of blogging, most say you won’t see a single cent from your work until you’re about a year in. After reading tons and tons of blogs, I’ve realized this is a pretty optimistic number.

But how do you know if all this is worth it? Besides the love of our craft, isn’t a full-time income what we’re in it for, too?

At the end of the day, we just want to do what we love. Furthermore, we want to make money to focus on what we love full-time.

How do we know if it will work out?

Success can mean a lot of things. To me, it just means breaking free of restrictions to do what you love full-time.

Obviously helping people, taking care of your family, and being an upstanding member of society are part of this, but for now I’m going to look at “success” strictly from a career standpoint.

Here’s a couple signs you’re well on your way to greatness.

1. You’re Already Doing The Things Books Tell You To Do

The other day I was reading Daniel Dipiazza’s Rich20Something book. While flipping through the pages of this amazing body of work, I realized something.

It became pretty evident that I was already doing A LOT of the things he said young people should be doing.

I almost felt like putting the book down to give him a call and say “Right? That part in Chapter 10 has happened to me so many times!”

I know I have a long way to go, but if I’m already savvy to a lot of the things a millionaire says I should be doing, that makes me feel pretty damn good. 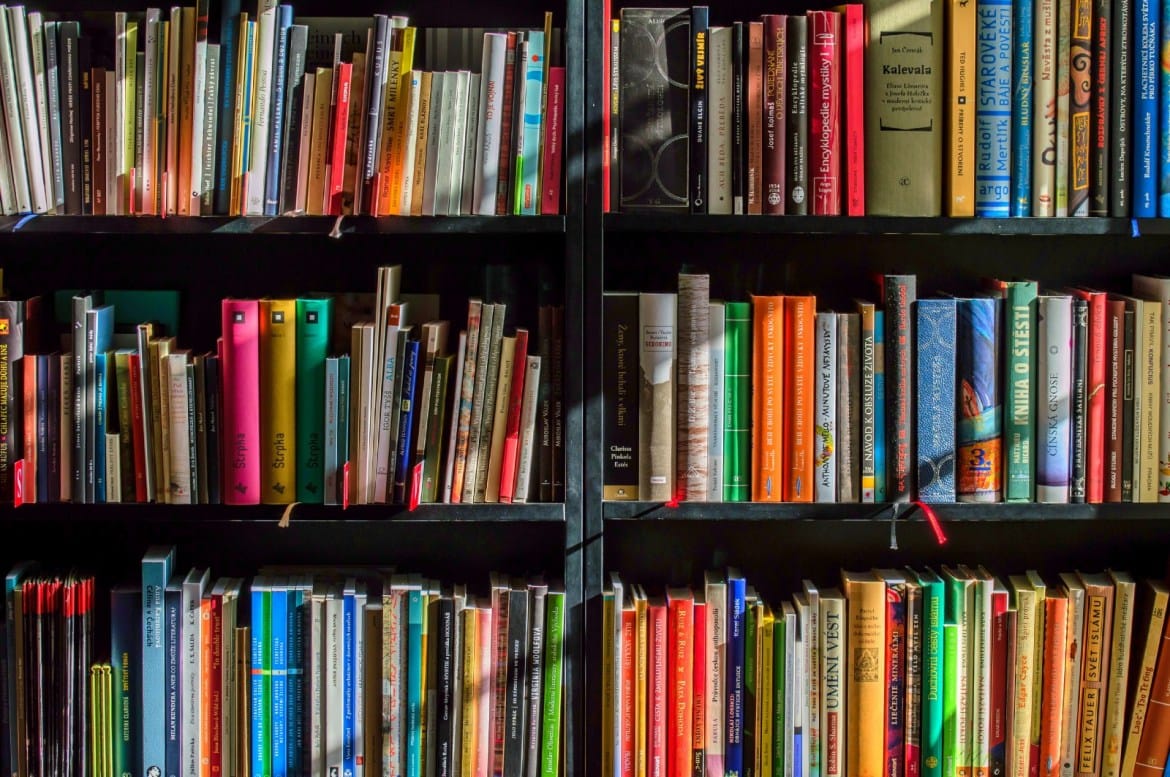 And I’ve been doing A LOT of what he says for a LONG time.

Look, we read books to find out information that will make us better, but if you’re already doing even some of the things a published author says you should be doing, that means you’re imitating greatness.

How much longer will it take for you to achieve greatness yourself?

2. Your Story Is Similar To Another Successful Person

Keeping with Daniel’s example, he was a blogger/freelancer once himself. In his book, he starts talking about some of the numbers his blog boasted, and how long it took him to reach those numbers.

My numbers for the Post-Grad Survival Guide are pretty similar. We’re getting 13,000+ views per month and my email list is approaching 2,000 people. I’m not dead on-target to match Daniel’s numbers, but I’m at least pretty close.

That gave me a ton of validation.

If your story is matching up AT ALL with someone else who found success in your field, you’re headed towards something great.

I know 10,000 email subscribers means you have a 6-figure business and I know some of the top bloggers get north of 50,000 views per month.

Make sure to study people who have found success in your field. For one, I love reading material from Jeff Goins. He’s been very open about his numbers in interviews and it makes me feel pretty validated when I start getting close to some of them.

3. People Tell You You’re An Inspiration

Two weeks ago a friend I hadn’t talked to since high school texted me. She said she was quitting her job to focus on music full-time in Nashville (she is a CRAZY good singer), and that I was her inspiration to do so.

I couldn’t believe it.

I almost wanted to tell her it must’ve been some sort of mistake that she was actually inspired by my story. Since she’s such an amazing singer, I had no problem staying silent. I know she’s going to make it.

I had a lot of people text me around that same time. A video I starred in on Facebook went viral and about 40–50 of my friends shared it with their friends. Everyone thought I had “made it” or something.

It was a fun couple days, but the hooplah died down and I got back to living out my regular life.

The texts and comments poured in, though. I must’ve received 35–40 messages from complete strangers telling me I was inspiring and that they wanted to quit their job to travel as well. 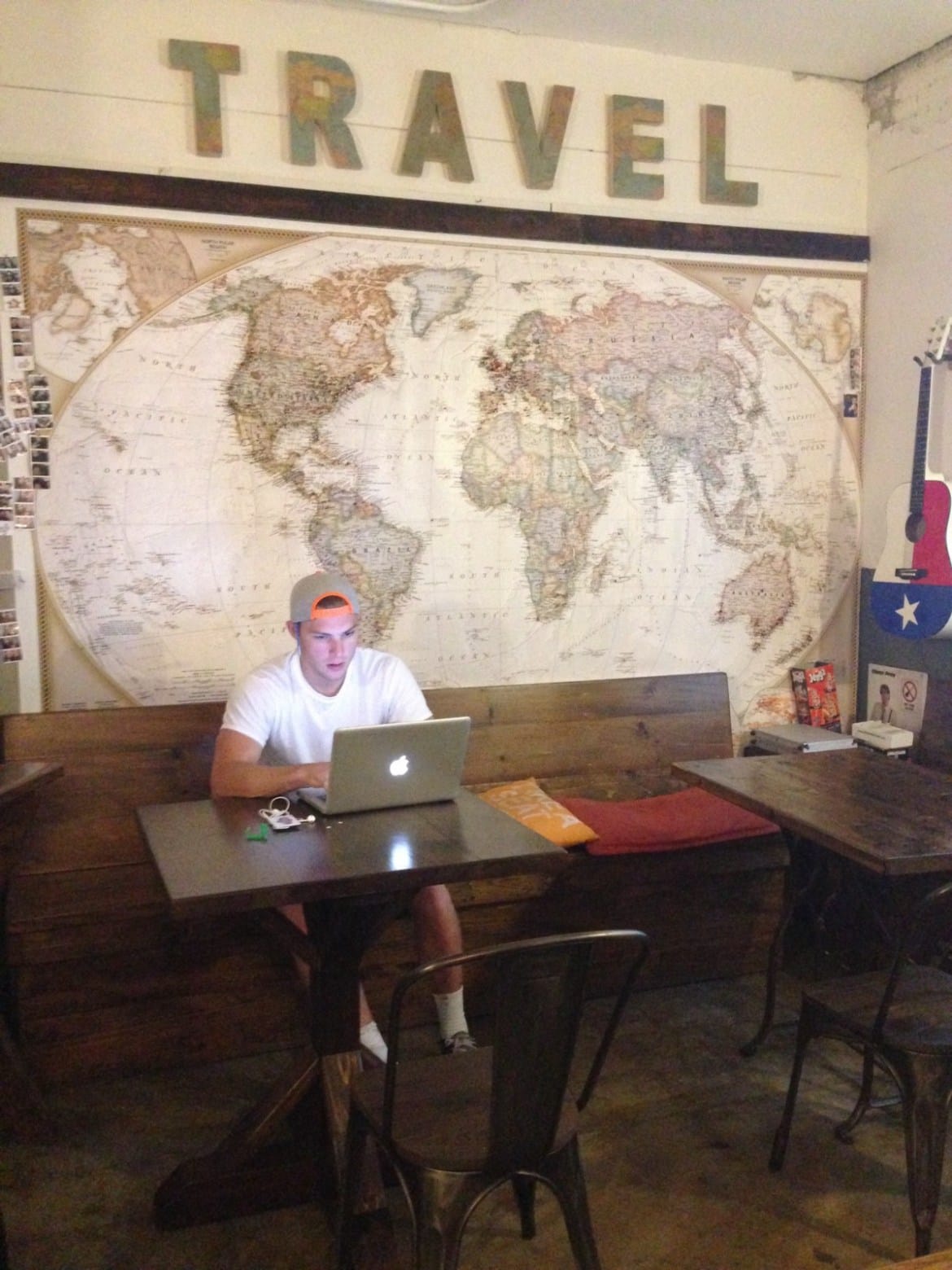 I just couldn’t believe it. But at the same time, when a lot of people are telling you that you’re an inspiration, you are! I’m not saying I’m some bigshot or something, because inspiration can come from a lot of places.

I had a minor influence on a major career decision of an enstranged friend of mine. That’s pretty dope, and I’m happy about that! I hope I inspire more! That’s what I set out to do when I left for a 4-month road trip into the unknown.

Ahh, here is the other side of the sword. Remember that viral video I was talking about? Here are some of the comments I received from people who didn’t know me:

It really kind of sucked to see all of that. What did they have against me that made them so aggresive?

At the same time, it made me remember this quote from Shannon L. Alder:

If what I’m doing attracts “haters” of any kind, that means they must be jealous in some form or another.

5. You Can’t Relate To Your Friends Anymore

I love my friends, first off. I’ll always stay by their side, but a couple of mine really aren’t going anywhere fast.

The other day I saw one of my oldest friends and he didn’t look so great. I felt so bad for him. He had just really let himself go and his room was a mess and everything seemed out of sync.

I just couldn’t relate to him that much anymore.

We have so many stories to talk about and I’m genuinely interested in helping him out in any way I can, but we don’t have our eyes on the same things.

I want a lot more than what he does.

6. You’re Doing Stuff Nobody Else Is

Recently I started a YouTube channel because I wanted to. I worked on that thing for months, interviewed lots of cool people, and designed everything myself.

There’s just so much I’m working on and so many people I’m meeting that something FEELS right about my future.

I’d be willing to bet nobody I know would spend their saturday night inside writing and plotting an ebook.

We all know you have to make tough decisions to be successful, and when you’re doing stuff nobody else dares to do over and over again, that means you’re going to land in a spot nobody else will also.

7. People Come To You For Advice

People say imitation is the sincerest form of flattery.

I’ve had a lot of people ask me about how to be a digital nomad, or begin a career they truly enjoy. It’s definitely flattering when they do. 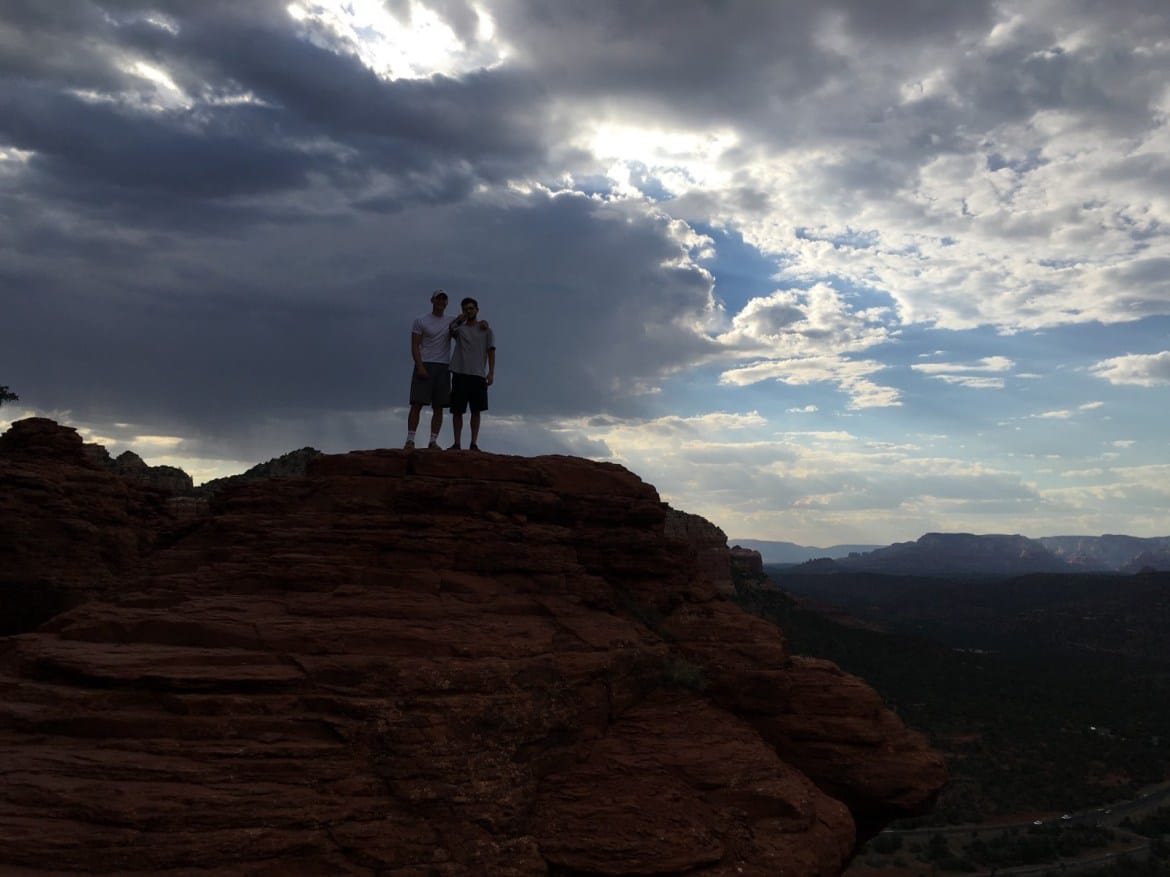 It’s a sign you’re headed down the right path.

People see you as one step ahead — or even 15 steps ahead — so they ask you for advice on how to get where you are now.

That means you’re already down the path that they want to get on. They’re shouting ahead wondering about things to look out for.

8. You Can’t Sleep Because You’re So Excited

The day before I started my YouTube channel, I was incredibly excited. I couldn’t wait to get it out for everyone to see.

The more I sat there in the darkness, the more I realized how many sleepless nights I actually had the past couple months.

That’s largely because my life has been working out pretty good recently. I’m gaining followers, subscribers, and more people than ever are reading my content here on Medium.

I’m just excited because I’m starting to see the promised land. I’m barely on the outskirts, mind you, but I’m getting close.

If you’re genuinely excited about what you’re doing, it just shows you’re pushing yourself and giving it your all. It also shows you’re getting close.

9. You Start Working With BIG Names

Last July I actually got to speak with a member of this year’s Forbes 30-under-30 list.

As crazy as that experience was, I realized soon after that what I had to offer in return (a spot in my magazine) was more than worth it for him.

I had created something valuable that other people agreed to be a part of. That’s not to say Ben didn’t do me a huge solid by becoming the biggest feature yet, but at the same time I’m not going to downgrade what I created either.

If you start working with big names, or people that flat-out intimidate the heck out of you, that means they see some sort of value in you, right?

10. People Want To Feature YOU

Probably my biggest *holy sh*t!* moment came when a representative from NowThis told me they wanted to tell my story in a Facebook video.

NowThis has millions of followers on social and is a pretty big deal amongst millennials.

Because of an article I wrote for The Mission, they got in contact with me.

But it was more than that. I was talking about my story in said article. I talked about the struggles I went through doing a trip across the country by myself screwing up many times along the way.

My story in and of itself was enough for someone to want to feature ME. That was the first time that ever happened, and it really did a number on helping me feel validated as I work towards my end goal.

Will I end up being “successful?” I guess only time will tell, but I’m pretty sure if the ten things I mentioned keep happening, I’ll be well on my way.

Want to get started writing online? I actually have a free 5-day email course called “Your First 1,000 Medium Followers” that will teach you how to build an audience here on Medium! Sign up for it right here. I’d love to teach you a couple things.