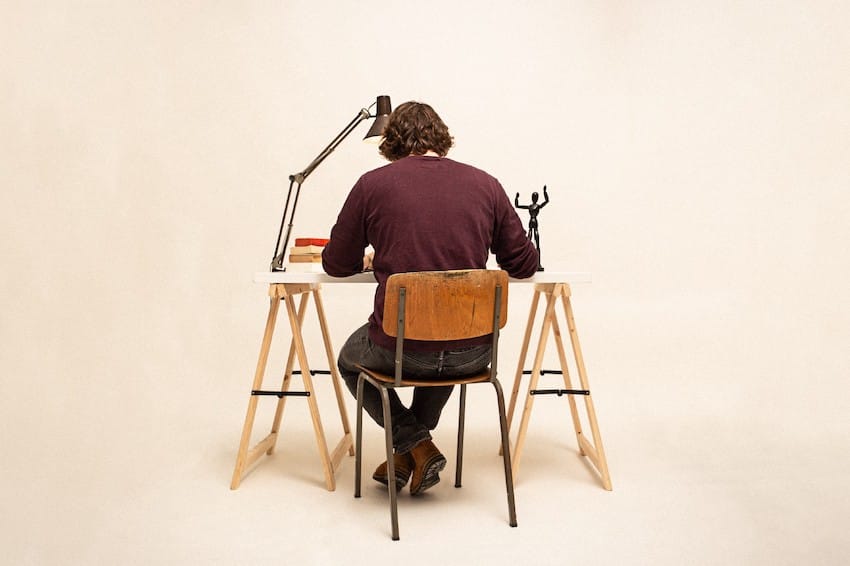 After writing online for 5 years, there’s a lot of writing myths that keep coming up in my comments section and email inbox.

“I’m a perfectionist Tom, my blogs need to be perfect!”

“There is just no money in writing!”

“I don’t have anything worth saying!”

Yeah, so all of this stuff is a bunch of bunk.

I’ve listed out 14 writing myths that I want to personally dismantle today one-by-one. Let’s get to it.

1. Your Writing Needs To Be Perfect

Your blog needs to be perfect, does it? What even IS perfect? What does that look like to you?

And WHY do you need it to be perfect? So people won’t judge you? Newsflash: nobody cares (see point #5).

Perfection is an impossible thing to attain, and while you spent six weeks trying to create one perfect blog post, somebody else already published 30.

It doesn’t need to be perfect. My writing is far from perfect. I spend about one and a half hours on every post then I send it like a Tom Brady hail mary pass.

2. Writing Is A Talent, Not A Skill

My early journal entries beg to differ. I made so many grammatical mistakes and syntax errors that I’m surprised my journal didn’t close up, hop off the table, and waddle away underneath my couch.

Writing actually IS a skill that you can learn. I know it because I honed mine over the last few years.

3. If You Don’t Make Money, Writing Is Meaningless

If you seriously have this mindset about writing, then you need to quit right now.

You’re not a writer. You need to go find something that is fun for you in and of itself beyond the payday. I wish that for everybody.

I’ve said time and time again to write when you’re feeling the world caving in on you.

That’s the best time to do it.

I wrote my first viral article on the Huffington Post after the worst date of my fucking life. I wrote it at 4 AM because I just couldn’t sleep.

Of all the writing myths, I think this one has merit, but I don’t believe you MUST suffer to create awesome stuff. It certainly helps, but it’s not a necessity.

5. Everybody Is Watching You

“What if my coworkers read this?”

“What if my mother-in-law reads this?”

“What if my friends find this?”

Yeah, the writing myth that everybody is so interested in what you’re doing is one of the most popular fears of today’s writers.

While this one MAY have merit in isolated instances, I got to tell you one thing..

I’ve written over 1,000 blog posts and my parents and loved ones have probably only read about 4 of them — and that’s me being generous.

People just don’t care about you as much as you think they do. Nobody is watching, and even if they were and get offended at something you wrote about them, then perhaps they should’ve behaved better.

You’re never too old to begin writing again and to tell your story. In fact, it might even be a good thing you’re starting at a later age as you’ll have a lot of things to write about.

7. Writing Is A Dream Job

They say if you make your job your passion then you’ll never work a day in your life.

I own my own online business and I’d say about 50% of the things I do every day are things I dread getting done.

Mark Manson says “What flavor of shit sandwich would you like to eat?”

Meaning every vocation, job, or hobby comes with some sort of shit sandwich to eat with it. Writing is no different. That shit sandwich could be ridiculous comments, getting 100 emails per day, or writer’s block.

One of the most important writing myths to bust is that writing is a dream job.

What do I mean by “they’re not actually writers?”

Well, they wouldn’t be writing if they weren’t getting paid for it.

Being “successful” in writing or blogging is so weird because a lot of times what’s “good” doesn’t get enough shine and shit that’s written by money-hungry marketers ends up going viral.

9. Virality Is A Science

Sure, there’s ways to increase your chances of going viral online, but many times the crappy articles that I write go viral out of nowhere.

Number 9 in this list of writing myths boils down to the following: Sure, there’s ways to manufacture virality out of thin air, but sometimes posts you never thought twice about will pick up steam and rock the internet.

If you run out of ideas, then you’re not paying enough attention to your life.

Every situation you find yourself in can be an opportunity.

A conversation with your Dad, a movie you just watched, or even something as simple as watching your dog play around in the yard.

On many occasions I’ve told writers that if they want to stand out, they can go do cool shit.

While that’s certainly true, you don’t NEED to do that to make your life worth writing about.

If you’re currently breathing, you’ve been through some sort of pain, trauma, or suffering. Write about that.

If you don’t think you have a good story to tell, then you’re just not valuing your experiences enough. Please do.

12. Quality Is Better Than Quantity

This is one of the writing myths that is actually a fiery debate raging online in many writer communities.

Sure, 1 quality article may pack a bigger punch than 5 articles put out willy-nilly, but at scale when shooting for a quality article you’ll have way more duds than dingers.

And by the time you’ve written 10 articles to have your one “dinger,” your faster opponent has written some 40 articles and gone viral a handful of times.

For me quantity wins.

This writing myth is false because I’ve debunked it myself, personally, dozens of times. Basically all of my viral blog posts and videos were written in a matter of two hours.

There is not always a relationship between time spent writing a post and views.

For this last writing myth, I’m not saying that niches are bad or something. I think a lot of times they help writers stand out and make more money.

I AM saying that it’s not totally needed, though.

There’s tons of popular writers all over the internet who bounce around from topic to topic like a pinball machine and they never lose followers because of it.

Stop thinking so much about niches — YOU are the niche.

I Hope I Busted These Writing Myths For You

Which ones stood out to you? Let me know in the comments.