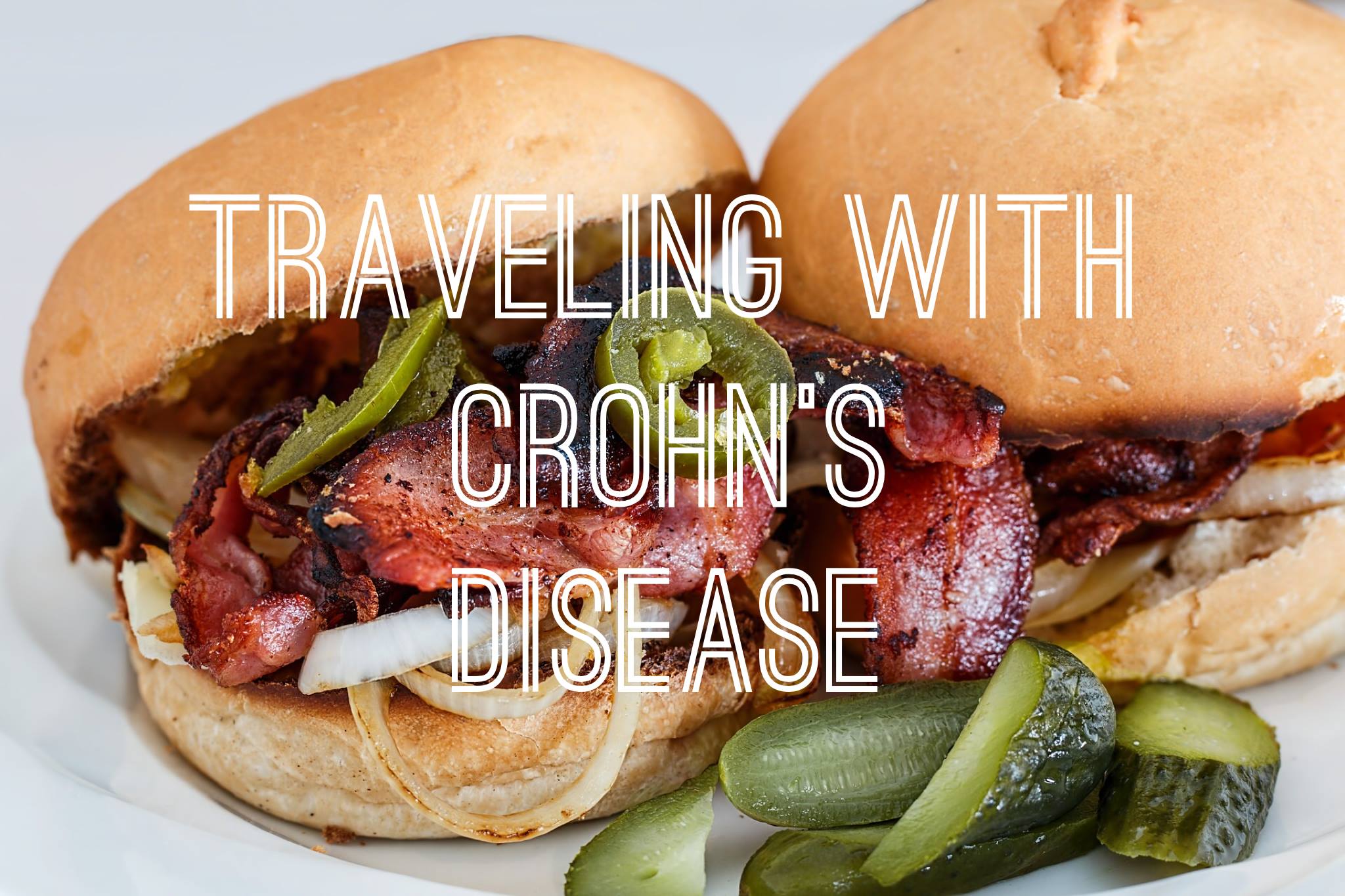 Traveling with Crohn’s disease is going to be difficult. For anyone that doesn’t have it (and I’m assuming that’s the majority), this adds yet another element to visiting foreign places. Most people don’t need to think about what they eat–travelling is all fun and dandy–but for the rest of us with Crohn’s, we have to be vigilant.

Wow, where do I even start? First of all, us Crohn’s people need to pack snacks–lots of them. Whatever’s best for your body is the way to go. Fast food just isn’t an option for me personally, and I’m sure it’s not going to be an option for many others with Crohn’s either.

I’m personally taking a cooler with me to store fruit, lunch meats, and water. While I’m embarking on eight hour drives, this is essential. Tupperware is also a must.

I’ll also probably prep the day before by taking it really easy on my system. No coffee the morning of either.

Where To Eat While Traveling With Crohn’s Disease

My gosh, I’m really putting it all out there, aren’t I? Anyway, for me, and for many with Crohn’s, it’s essential to cook home meals. How in the heck is this possible when staying at hotels and such with no access to a kitchen? My remedy? Just stay in an Airbnb!

Hotels are great and all, but staying at a hotel means no kitchen. You’ll have to eat out a lot(which costs a boatload), and you don’t even know what’s in the food you’re getting most of the time. Just make sure that you have a kitchen around when you’re traveling with Crohn’s disease.

Overall, it’s difficult to be away from home with a disease like this. It’s often downright embarrassing, but with the right mindset and food, I’m sure I’ll be able to pull off traveling with Crohn’s disease rather well.