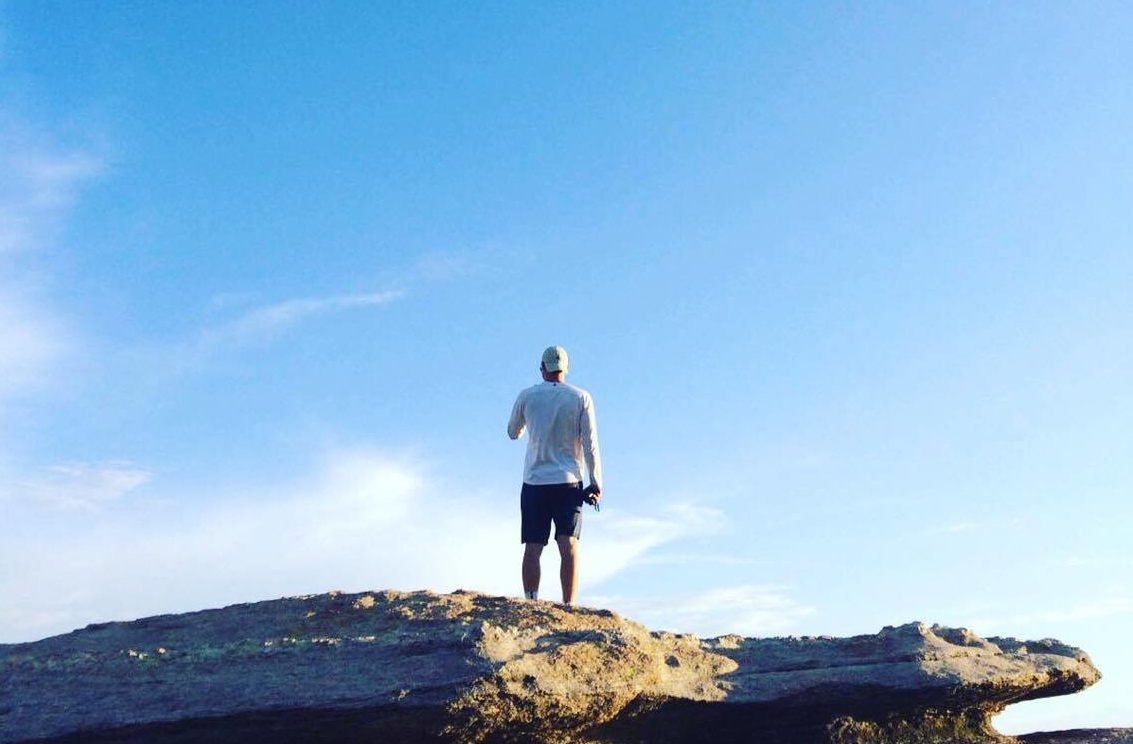 Wow, what a journey it’s been.

Today I will arrive in San Francisco, completing my 2,500 mile drive from Orlando I started four weeks ago. When I left I was a nervous wreck, and on my first night alone I didn’t feel like I made the right decision.

New Orleans was muggy, the hostel I stayed at wasn’t the best, and I didn’t know a soul in the building. I felt really stupid.

But things changed. And they changed because of the great people I met and reunited with along the way. On the second night in New Orleans I got to see an old friend from high school who I hadn’t seen in years. Truthfully I used to be a little apprehensive to seeing high school friends, but I’m beyond happy that I ignored that tendency of mine in New Orleans. It was just what I needed to make me feel less alone.

I learned there’s almost always somebody you know in the city you’re going to. It’s a little weird how it works out, but it’s true.

This trip has been something. Yesterday I drove for eight hours on the Pacific Coast Highway. I only made it about 200 miles because of the traffic but I didn’t care. My car has become my best friend. Eight hour drives aren’t a thing to me anymore.

I started to think about the freedom that a car can bring. A road is boring if we know where we’re stopping, but when we leave our plans open the road becomes invigorating.

I’ve gone from 84 degrees and muggy to 111 degrees and dry. And yesterday I got to roll down the windows in my car all day because it was 75 degrees in Los Angeles. I don’t think I realized just how far I’d come until I felt cool air again along the Pacific coastline.

I started this to Find Tom. My blog is called that because I haven’t felt excited about my life in quite some time. Even though I was surrounded by amazing people in Orlando I hadn’t felt pure joy in a while. In fact, the last time I felt that was when I visited Las Vegas to reunite with my friends from the DCP.

I guess travelling has always been in my blood. Ever since I started riding around in my friends cars from high school something about them has represented freedom to me. It’s ironic that my first real “jump” from the safety of a home has come in the form of a road trip.

I’ve also talked to loads of strangers and I’m a lot better at connecting with people I think.

But the best thing this trip has done for me is that it’s allowed me to find myself again. I’ve felt excitement again. I feel it every single day.

There’s something amazing about going to a place all by yourself and going wherever you want to go. It’s so empowering.

Today is July 4th, and while I celebrate my freedom and the ability to do all of this, I’ll also be celebrating all that I’ve learned. But it’s also a time for me to be thankful that I get to do something I never thought I’d be able to do–which is spend another good chunk of my life with my best friend again.

I’ve realized that absolutely nobody can tell you what to do. If you have desires to see friends again, or travel to Europe, or switch careers, it’s more than possible. The barriers that are seemingly in front of us are only real in our minds.

Today I get to do something that I dreamed of doing for a long, long time. And if you asked me, that’s a pretty good definition of happiness.