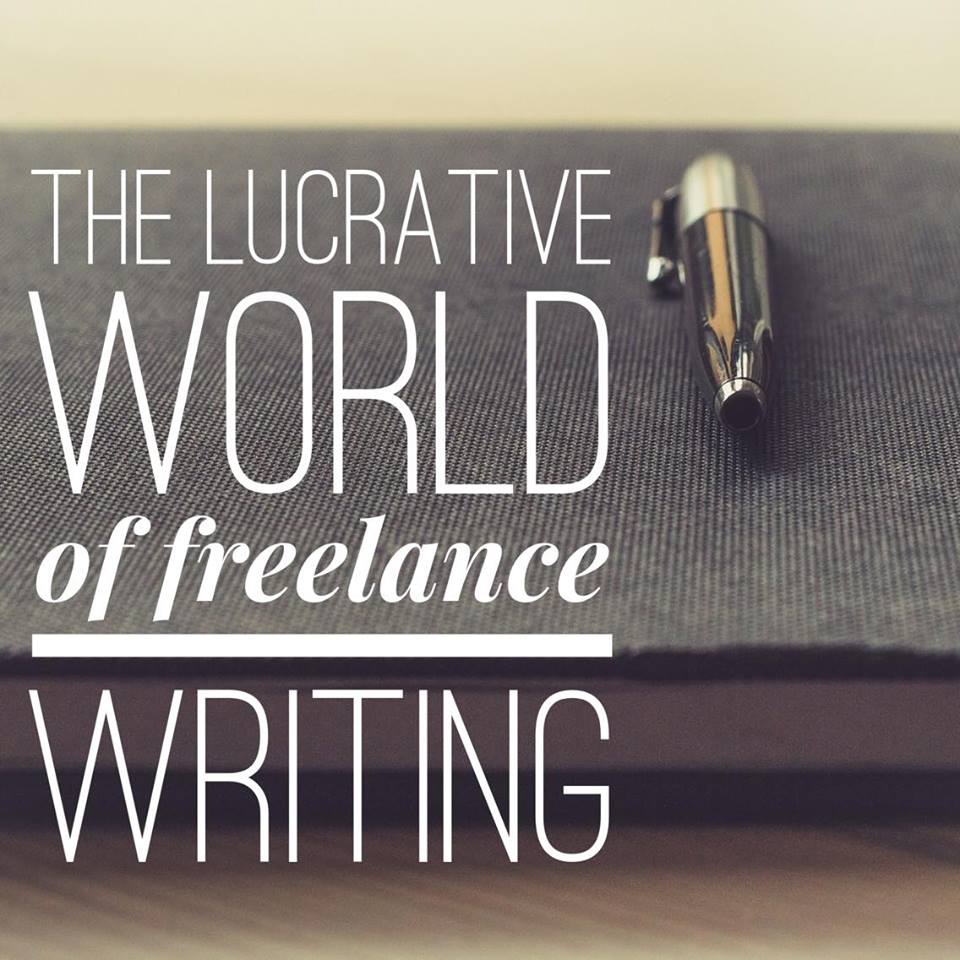 I always hear about how hard it is for graduates to find a job after college. When you’re competing against Master’s degrees in the job hunt it is almost impossible to catch the attention of your interviewer. He’s probably too busy picturing the guy he interviewed before you that has a Benz and a tailored suit in the role.

That’s why after a few months of doing that I decided to just stop it. Right there.

I’m the type of person that tirelessly looks for new opportunities, so when I found out about freelance writing, I was hooked. I felt so sick of putting on that same grey suit for every interview anyway, so I began my journey in the freelance world.

And I made it.

I feel my story is far from normal. All my shy friends came out of college and became marketing coordinators (how did that happen?) while I was stuck trying to scrape my way into anything that paid over $30,000 a year.

When I told my mom I wanted to be a freelance writer I was met with a pretty lukewarm response. Why couldn’t I just get a job like every other person? I made money doing what?

I threw all caution to the wind and applied to write everything, like E-books, white papers, blog posts, and copy.

For a while I ended up writing product reviews about coffee clubs, and later on I bought my sister a coffee club subscription for Christmas. I now know the taste differences between coffee grown in Africa and coffee grown in Guatemala.

I was writing things my friends who graduated with marketing degrees could only write after a few years in their job. At one point I wrote a whole website for $20 an hour. Take that, real world!

As I kept getting work with absolutely no experience so many things became clear to me. First, I realized just how lucrative freelance writing really is. You could set your own schedule and be what you wanted to be. You can flip all the pre-conceived notions about careers on their metaphorical head, and choose to wake up at 9 AM for your early-morning commute to the kitchen instead of 6 AM for your early-morning 45 minute commute to the city. My uniform is my pajamas.

The second thing that happened was I got a really thick skin. I had a few clients who weren’t particularly fond of my writing, but I treated that as a learning experience. I got better with each failure–and I failed a pretty good amount. Now whenever a client is upset with my writing it doesn’t hurt, and I work through the problem with them. So what if I couldn’t write an engaging blog post about wine tastings? I’m sure there’s somebody out there that can write that better, and that’s completely fine.

“When a resolute young fellow steps up to the great bully, the world, and takes him boldly by the beard, he is often surprised to find it comes off in his hand, and that it was only tied on to scare away the timid adventurers.”

The third thing has to do with this quote. I never thought of myself as a writer before, but I was just silly enough to dive headfirst into it, and I found the pool wasn’t that deep after all. Again, I kept asking myself how the heck I got here and why anyone hadn’t found me out as a bad writer yet. The truth is that I wasn’t bad at writing, and because I took the chance and had a glimmer of hope about it, I found some success.

“If somebody offers you an amazing opportunity but you are not sure you can do it, say yes – then learn how to do it later!”

It’s true, I had no clue how to be a journalist, but that didn’t stop me from landing a job at the inquisitr.com. The fourth thing I learned was that being open and improvising is the key to expanding your horizons.

I realize this all sounds so arrogant with the way that I’m listing off accomplishments, but I just wanted to make a point about careers as a whole. You can be anything you want to be.

Here I am in the middle of a lucrative world. I have no schedule, I get to have day trips with friends whenever I want, and I have my own clients. Nobody tells me what to do, and I’m saving significant mileage on my car as it just sits in the driveway for most of the day until I decide to take a trip to the gym.

I’m saying this because I want everyone to know that a life like this is possible after college. You can be your own boss, have your own clients, and be a consultant. I went to school for four years learning about marketing, why couldn’t I be a consultant?

For those that are striking out in the job search, just know that freelance writing is a lucrative profession that will lend you more freedom than you ever could’ve thought.