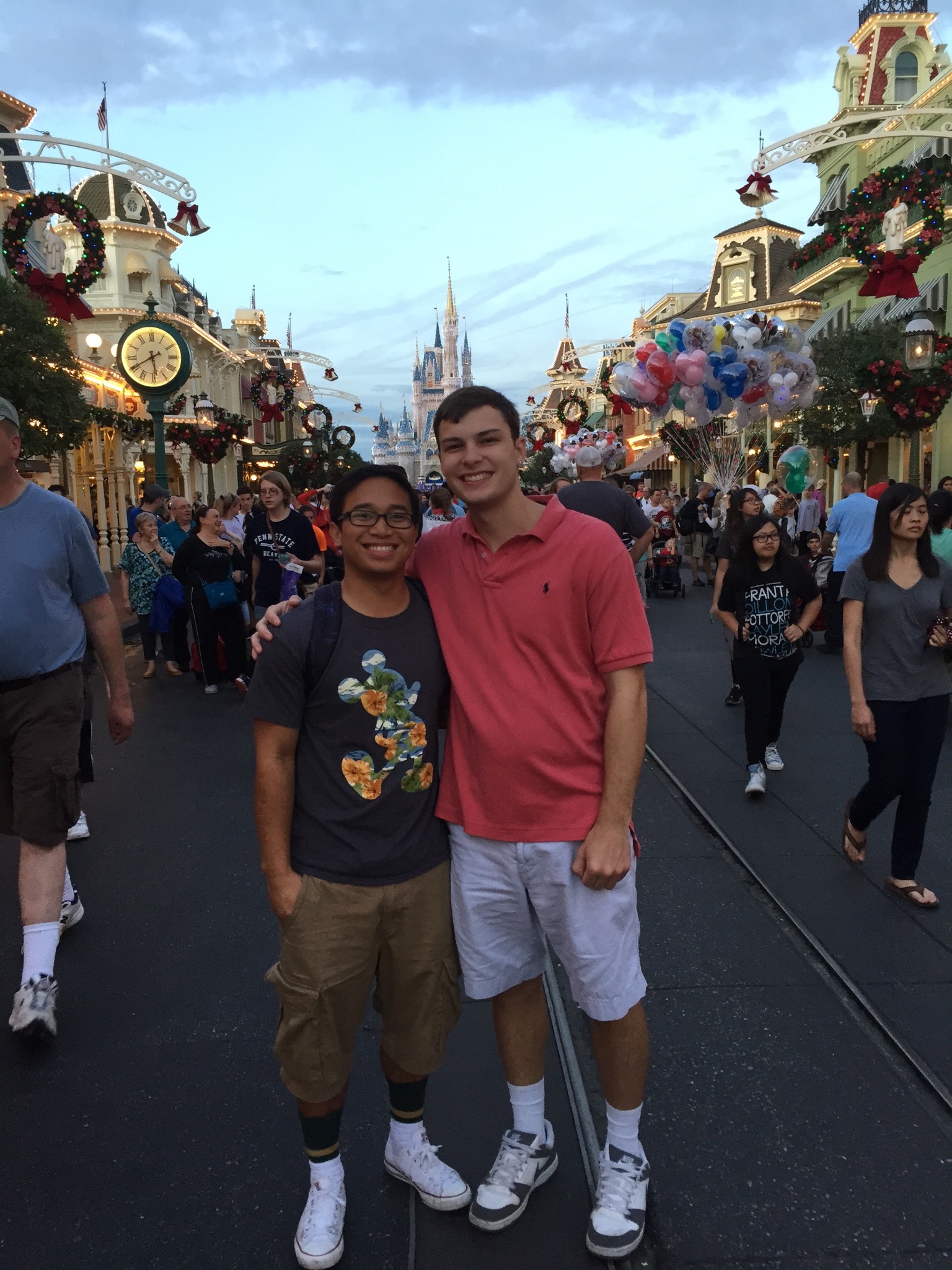 This whole idea manifested itself in my mind yesterday, and being the crazy, spontaneous, stupid person that I am, I’ve let it take hold. My best friend Dylan lives out in San Francisco, and I live all the way here in Orlando, FL. I want to go on a road trip to see him.

So many awesome things would come of this, and I’d get to finally see the country that I love–my country–for all that it’s worth. I’d be like the modern day version of Lewis and Clark, except I’m just one person.

I’d also get to learn more about myself, meet some new people, and see my best friend before going to Europe. So many awesome things could come of it.

Obviously I still fully plan on going to Europe, but for now I want to get off my ass and travel a little! I can’t even wait for it.

How will I do it, though? I need to basically live on a shoestring budget and eat stuff that won’t mess my stomach up at the same time. This means a lot of fruit. Maybe I should keep a cooler in my car? I don’t know.

I heard about this thing called couch surfing where you basically just crash at people’s homes. It may or may not be free, but, if it does cost anything, it’s probably a lot less expensive than a hostel or hotel.

Oh yes, break out the tents! I would LOVE to camp somewhere occasionally. That would be one of the coolest things, but I’m not certain where the hell I could do this. I heard national parks are a good place for it. Who knows.

Sleeping In My Car

I’m sure it’ll have to happen sometime. Wow, I must be absolutely crazy or something.

I have Crohn’s, so travelling with that and limiting my problems will be difficult, but awesome at the same time. I’ll have to truly learn about myself and make it happen. I’m just so excited by how much I’ll learn and grow at the same time. What am I waiting for?

For this trip, I’d love to have some money saved just like my plans for Europe. It won’t have to be too much money, but something like $1,500 would be just perfect I think.

And what would I eat? I’m thinking I’d go to local grocery stores and pick up a ton of fruit and stuff. I’d split my time between camping, couchsurfing, and Airbnb so I could get proper meals, but what if I cooked one huge soup and kind of kept it with me for a few days while I camp and stuff? Oh, I don’t know. This adventure is seeming more and more awesome by the second.

What about showering? You guys might be disgusted by this but one of my early ideas, besides showering at places I stay, would be to shower at camp sites and even Planet Fitness, where I have a membership. *Shrugs Shoulders* You gotta sacrifice.

All this talk gets me excited.

This post was a little all over the place, but it kind of had to be because there’s so much to think about. Expect more to come soon!