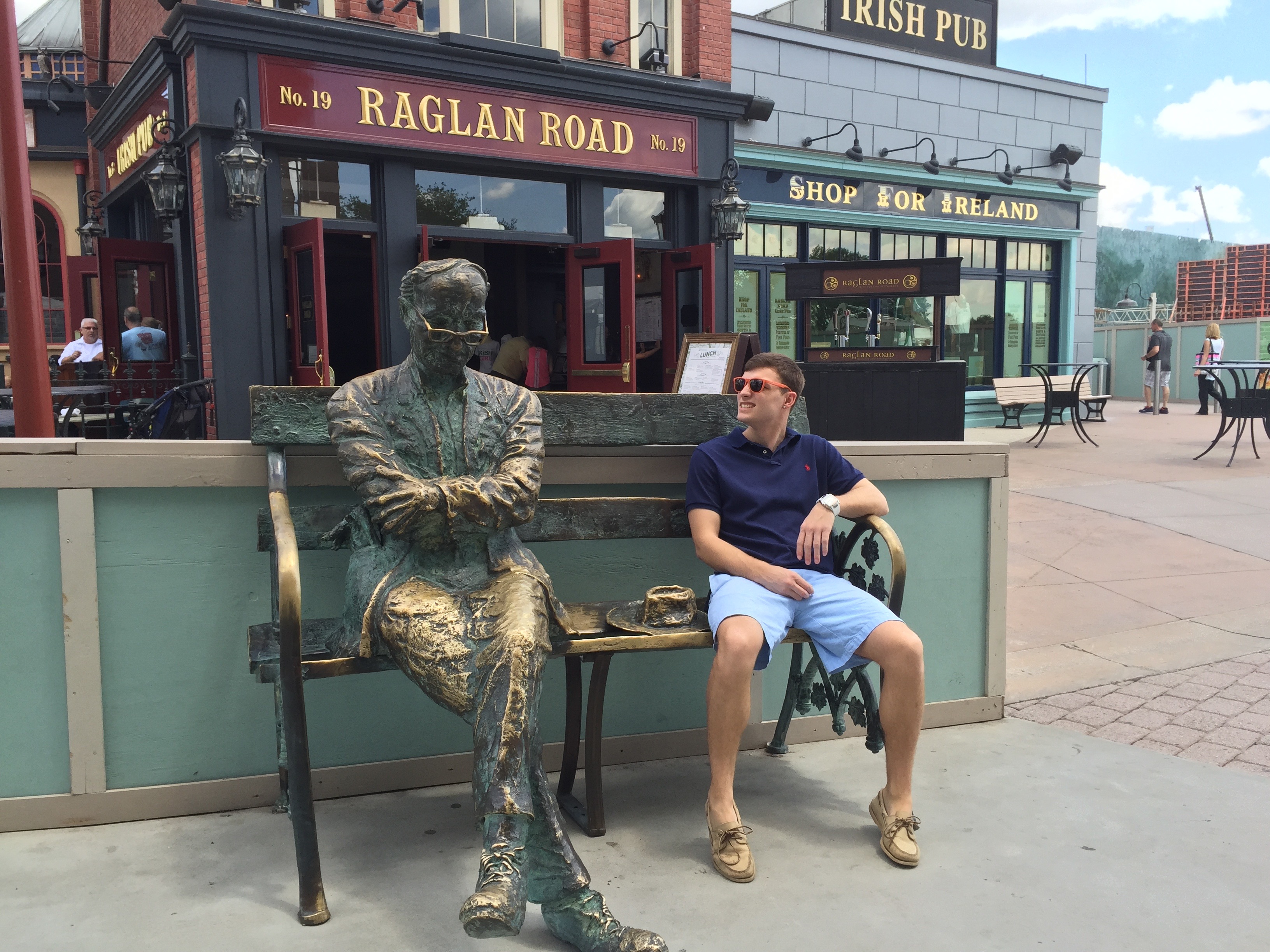 If you told me that I’d be a full-time freelancer six months after graduation, I wouldn’t have believed you.

It’s been a crazy few months. I have been employed as a server, an associate at Panera, and a marketing assistant since May. If you want me to be brutally honest I didn’t last three weeks at any of those jobs. I quit within days, and one time I quit on the exact same day I started.

Sheesh, I’m sure this is exactly what clients want to hear. I just didn’t feel happy in any of those positions–I wanted more. Now, most people would’ve just kept at it–sucked it up as it were, but not me. I don’t know why I physically couldn’t do it.

I had endured long wrestling seasons full of weight cutting and general suckyness but I literally couldn’t bear to work an 8-hour shift and be treated like a dog by managers and customers.

It’s because I wasn’t going to settle. I kept hearing this voice in the back of my head remind me that I’d be doing this the rest of my life. I didn’t go to college for four years to be a damn server. So I quit.

In between applying for jobs that I really didn’t want I decided to shoot for freelance work. The whole idea of working at home and never having to dress up really appealed to me. The pay wasn’t the greatest at first, but that was back then.

Sometimes I wonder how I got any work to begin with. I have a degree in Marketing–not Journalism or English. I guess I sold myself well. My first job was to write a 5,000 word ebook for $100. It was about ten pages long.

You wouldn’t have thought I had any problem with that too–because I didn’t. I was walking on air. Someone actually liked my writing and was paying me for it. How incredible was that?

In a way I was my own boss, setting my own schedule. I loved the freedom. You would’ve thought I had just cashed in a million dollar check when the funds cleared into my account. Now that I marinate on it, $20 per 1,000 words was way too low a price–I could do better, and I did.

If you didn’t yet realize, I really like dashes–so get over it.

Attracting more work became a tad easier after landing that first project. I used Upwork.com to jump from job to job, which was actually perfect for me considering my track record with employment. My work was always new, I got to research a wide variety of topics (I basically have my PHD in coffee now), and I was making money doing it!

I wrote product reviews, white papers, letters, articles, and blog posts. I even dabbled in copywriting, which is something I love doing. As I kept getting work, I raised my going rate. I was making twice as much freelancing as I was as an associate at Panera, and ironically I started using the leftover salad-build packets as scratchpaper for my early drafts.

Yes, I’m still using them. And yes, I know how to make the best chicken caesar salad you’ll ever eat.

Somehow I gathered enough samples strewn around in unorganized word documents to make a half-decent looking portfolio. A portfolio for a guy that never went to school to write. I then started to apply for jobs outside of Upwork, and within a week I landed my first position writing for a website called ThriveWire.com.

Landing this was a huge boost to my confidence. I was going to be published by a real news authority–it’s still cool to see my name pasted at the top of an article.

I recently went to an interview. I know, crazy right? The position I interviewed for was writing intensive, and in a weird round-about way, I had actually put myself in position to do what I really wanted to do (writing) by not compromising from the start.

If I kept being a server I wouldn’t have had the time to progress this quickly. My interviewer told me it was impressive that I achieved so much in a matter of months. It truly felt so good to hear that.

Here I was, a confident beam of light in my interview, a completely changed man. Months earlier I was stuttering through easy questions, swimming in a pool of sweat in my shirt. I realized in this interview a few days ago that I didn’t need the system–I really never did.

I made my own path. I changed myself, by myself. It became evident that I didn’t need this job. I was perfectly fine without it, and I needed to keep doing what I was doing because that’s what I loved to do.

Words are a powerful thing. People are quick to write them off (pun completely intended), but we are all so affected by them, even if we don’t want to show it. The ability to write things and move people even if only in the slightest way gives me a lot of purpose.

I’m far from being any good at it, but writing is about telling the truth. In the end writers are just observing, and writing what they observe. Some are more observant and therefore better writers than others, but we all see things–whether that’s the way a person pauses when they see someone they love walk into a room, or how our dogs know to nudge their noses into the crevices of our arms when we’re upset.

In books I always read that your destiny is in your own hands. And I’m so happy that what I read wasn’t some fantasy. Many people are quick to give up after a few failed job interviews, but the trick is to pursue something you’re infinitely passionate about from the start, and the rest will fall into place.

It doesn’t matter if it’s not what you majored in.

I’ve learned so much about writing, the freelance world, and client relationships in the past few months–but what I’ve learned about most is myself. This is why I will never go back.