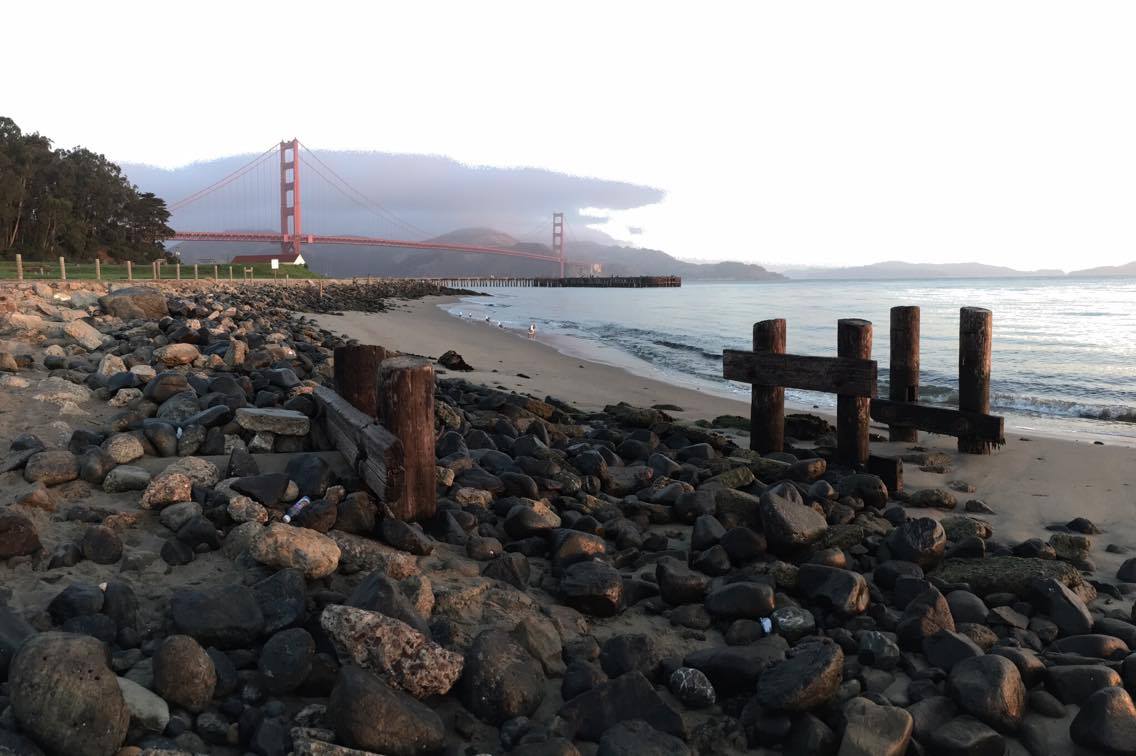 Yesterday my friends and I had our labor day festivities at a place called Crissy Fields in San Francisco. It’s situated directly to the right of the Golden Gate Bridge, and on the shores of this wonderland is a spectacular view of both Alcatraz and the distant city.

It’s so off in the distance that the biggest building (The Transamerica Pyramid) looked like a toothpick sticking out of the earth during sunrise.

I saw the sunrise because I wanted to secure our piece of real estate at this beautiful location, and secure I did. I wrote what must’ve been three or four pages while watching this scene unfold in front of me. It was so surreal. 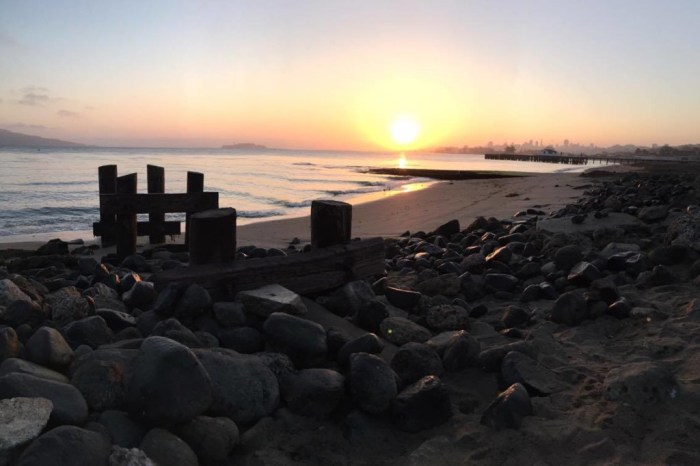 Who would’ve thought that I would be here, underneath the most photographed object in the world, waiting for my best friends to come out and barbecue with me all day?

There was meat, there was Korean BBQ, but most of all, there were chicken hearts. Try them. I had a guy from Austria come up to me and ask me how he could go about securing a BBQ spot here. “You don’t have to pay, just get here before everybody else,” I told him.

He smiled, taken back that that was all there was to it. He then asked me how he could get meat. “Just go to any supermarket on Mission Street, you’ll be able to park on the side right in front of the stores and you can get any kind of meat you could possibly want.”

Things are easy here in America California I suppose.

California, and San Francisco in particular, is heaven. I have never experienced a place as alive as this one. Where there’s people running, biking, cooking, parasailing, hang-gliding, kite surfing, paddle boarding, sailing, rock climbing—you name it, they’re doing it.

And because this city is in such awe of its incredible natural surroundings, the environmental relief efforts here are astounding. By 2020 (I think) the city is going to have zero waste. Incredible.

But that’s just how it is here.

All these thoughts ran through my head as I sat there yesterday, just staring at the Golden Gate Bridge. Then a huge freighter came floating underneath, and the scale of the bridge seemed to double.

Many times on this “vacation” I’ve been pinching myself, but none so much as yesterday. Yesterday felt like I finally made it. I was finally grown up.

Whenever I do something of value I always end up calling my Mom. I don’t know why, but I guess it’s this thing in me that needs recognition. I need people to know that I am accomplishing all that I wanted to, and that there is light down the darker path, and that there are, in fact, wonders to see and amazing people to meet.

San Francisco was hard for me to get used to. It’s so monstrous—so intimidating. There’s a ton of money out here. At first it seemed like all people talked about out here was money, but then I realized that you kind of have to. It’s not cheap to live in the Bay. And who was I to judge? I think about money just as much as anyone else.

The Bay. I always talked about coming out here to see my best friend again and here I was, about to put steak on the grill underneath the Golden Gate Bridge. There have been many surreal moments in my life, but yesterday takes the cake. A small little Labor Day spent with friends. You know why, though? Because it all came into focus. Sure, I’d spent two months in the Bay Area but it hadn’t really hit me that I was here until yesterday. I had been too busy trying to figure this place out. Too busy trying to see it for what it really was.

But it was right in front of me the whole time. 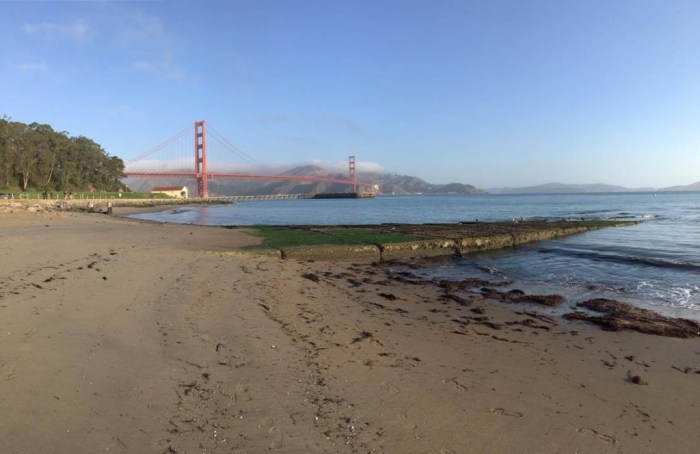 You can feel it when you walk outside and the weather is perfect. You can see it when you drive over the Bay Bridge. You can hear it as the cable cars ring past you in the street. The hills are steep and hard to get up into, but once you do get up there you’re rewarded with the most spectacular view.

I used to sit on the Twin Peaks a few weeks ago feeling absolutely detached from the city. Everybody down there knew what they were doing. They were making enough money to stay here and they knew where all the fancy restaurants were at and they were well adjusted to this California life.

Then there was me, way up here, staring down on all of it as a little boy from Maryland who was constantly shoveling what little money he made into getting out here, to a city of superficiality, and living off the generosity of my best friend who was allowing me to stay with him.

But the city isn’t superficial. I see that now. It was superficial at that time because of my perception—but that wasn’t reality. I didn’t know how to summarize this place. I didn’t know what I was seeing, so I put it in a box and shifted my insecurity into an unfounded generalization of a city I’d only spent one month in.

But that’s traveling. You come to a new place and you’re constantly in a state of controlled frenzy. There’s so much to see that you don’t know where to go first. Your friends know everything. They know all the places to go, but here you are, not knowledgeable about a thing. So you panic. Your eyes stay wide for days and weeks trying to take everything in as you get whisked away on a fantastic adventure that you weren’t ready for. You’re trying to fit in but you can’t. That’s the trick. You can’t possibly fit in if you keep relying on other people to show you things. You can only fit in if you find in the places you go things that mean something to you.

Make your own discoveries. If something speaks to you, stay there. Let it breathe for a moment. Pay no mind to the people on the cliff there looking down at you like “what the hell is he doing?” Just stay. Watch the waves. Look at the bridge. Wonder about that broken chair near the rocks over there. Breathe it in.

And you didn’t need anyone to show it to you. You just did it. Your heart lead you there, or something else did. Call it fate or whatever you want, but you’re there now, in the company of a broken chair, a few people staring down at you, and the vast Pacific Ocean that’s minding its own business crashing in on the beach in front of you.

Finding a place for yourself and making it your own. Feeling alive and in the moment because you haven’t ever seen this place before.

It’s in these moments that you find yourself again. They can happen as often or as little as you like, but they’re there for the taking.

There is no secret to traveling.

Thank you for reading.