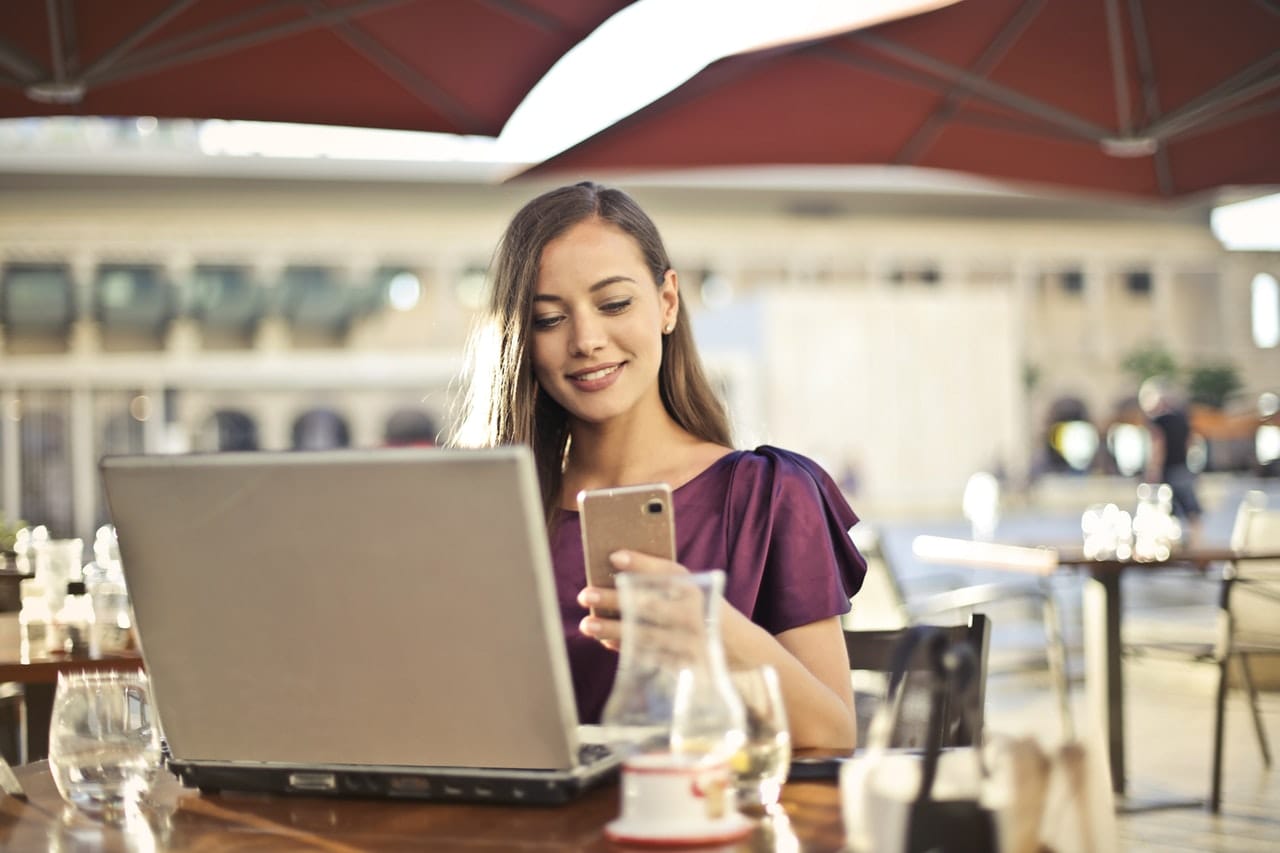 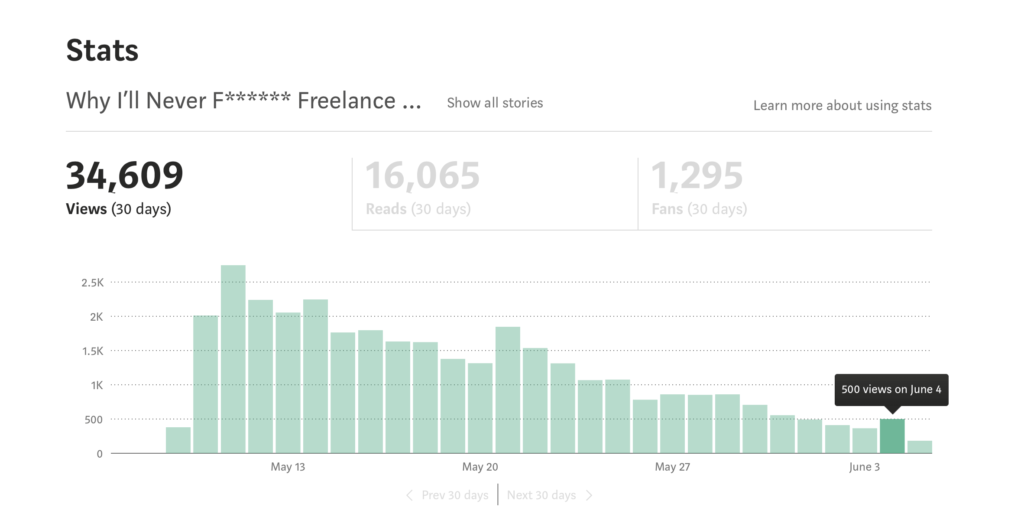 I think a lot of us would be happy to get 34,000 views in one MONTH—much less from one article.

Well, this article is meant to break down my process..

Write About Something That Pisses You Off

Most of my viral articles have come from a place of extreme anger. I’m serious. I wrote a viral post in 45 minutes once because I was so angry. I also wrote it at 4 AM.

I think people only share sh*t that they’re DEEPLY connected with—whether that’s a blog post or video. I think the best way to connect with someone is to write about something that makes you mad.

It really does work if you give it a chance.

My “Why I’ll Never F***ing Freelance Again” article went viral because I was writing angry.

Same with my article about being introverted that went viral and made the front page of the Huffington Post.

Remember, this blog post is about going viral on MEDIUM. There’s 50,000 authors publishing on Medium every single week. What blog post topics are writers interested in?

So try to write about that if you want to go viral on Medium. Write about something that pisses you off about writing.

I go into more detail about publications in my free email course about Medium, (get it below!) but to give you the short story, you need to use publications to your advantage.

The bigger the better. You have massive publications like The Mission that have 400,000+ followers and if you publish a story there your article has a chance of getting on the homepage of 400,000.

It doesn’t work out this way, and most times you’ll probably only get on the homepage of a couple hundred, but if your article starts to take off, Medium will put it on more and more homepages.

The Mission is the new Huffington Post. The Startup is the new Forbes. And guess what? It’s not that hard to get into either! So try!

Going viral on Medium gets so much easier when you leverage publications.

Medium has this really cool feature that allows you to “highlight” certain parts of a blog post. Pretty cool, right?

I see a lot of Medium writers putting in a lot of quotes in their articles because they know people will probably highlight it and share it to Twitter. 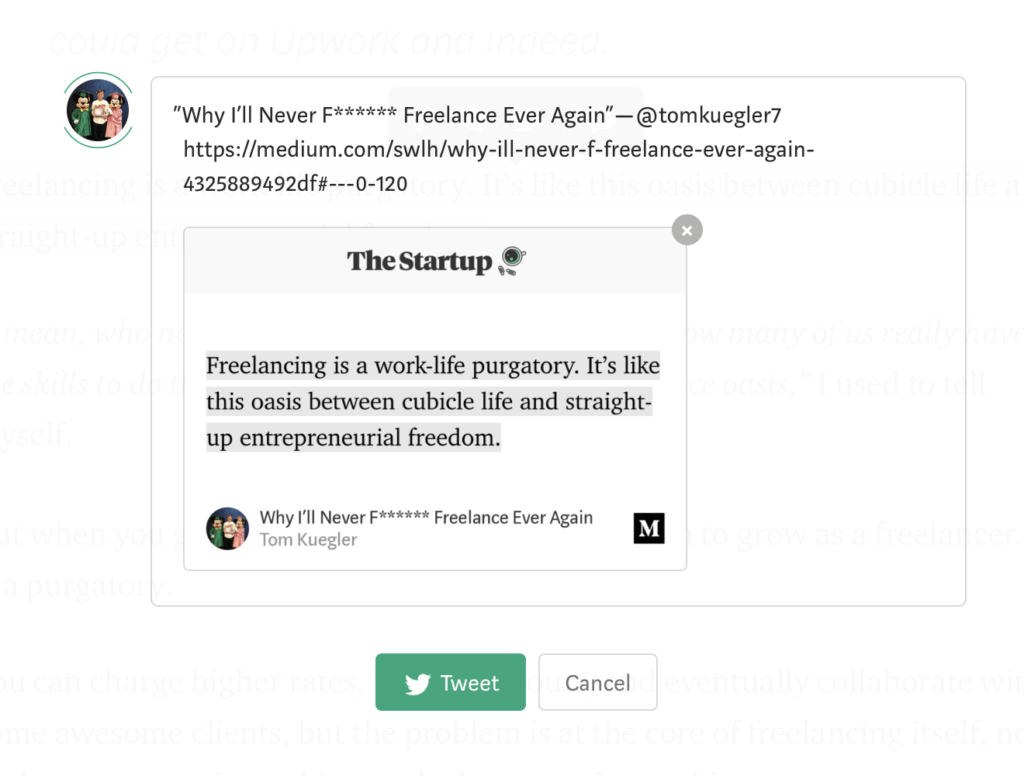 This does two things..

It gets your post shared on Twitter, AND it tells the Medium algorithm that people are REALLY liking this post (cause a lot of people are highlighting it). This is a no-brainer to do and should take about 8 minutes to add 6-7 sure-worthy quotes.

Redeem Yourself At The End

I tell you that you need to write about something that pisses you off. This is going to cause a lot of venom to spew from your fingers and you’ll most likely write something that hurts people’s feelings.

This is going to help people not comment and say you’re an idiot, which is important.

A balance needs to be struck. Always.

Let me know which tactics you’re going to try!