The short story: It wasn’t that great.

Last sunday I came in to New Orleans full of energy, but when I saw my hostel I was a little dissapointed. Not only was it really run down, but the only A/C it had were a couple units hanging out of the window. 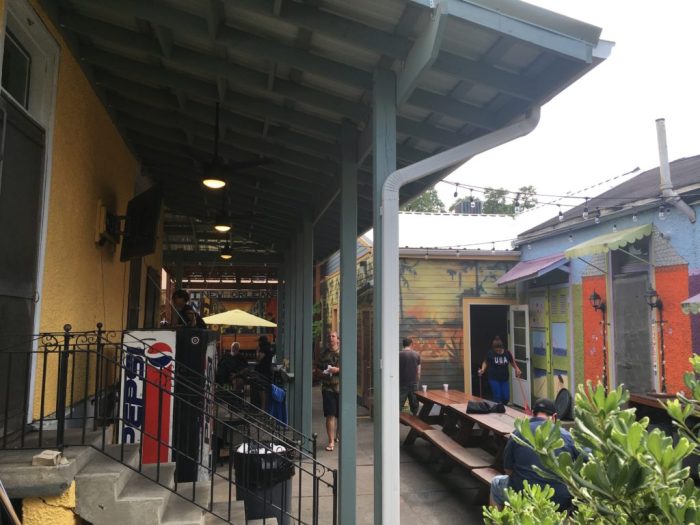 This made for a few uncomfortable nights where I couldn’t catch a lot of sleep.

It was just kind of a mess. The floors creaked, the bathrooms were dirty, and it looked like it hadn’t been renovated in years. Mosquitos were everywhere, too. I couldn’t stop sweating

But the people were its’ salvation.

And boy, did I see some people. I guess I thought I would only see a bunch of young people there, but this was far from the truth. There was a fair amount of older folks as well as those who looked to be 30-40 years old. I even saw a resident bring their child in. 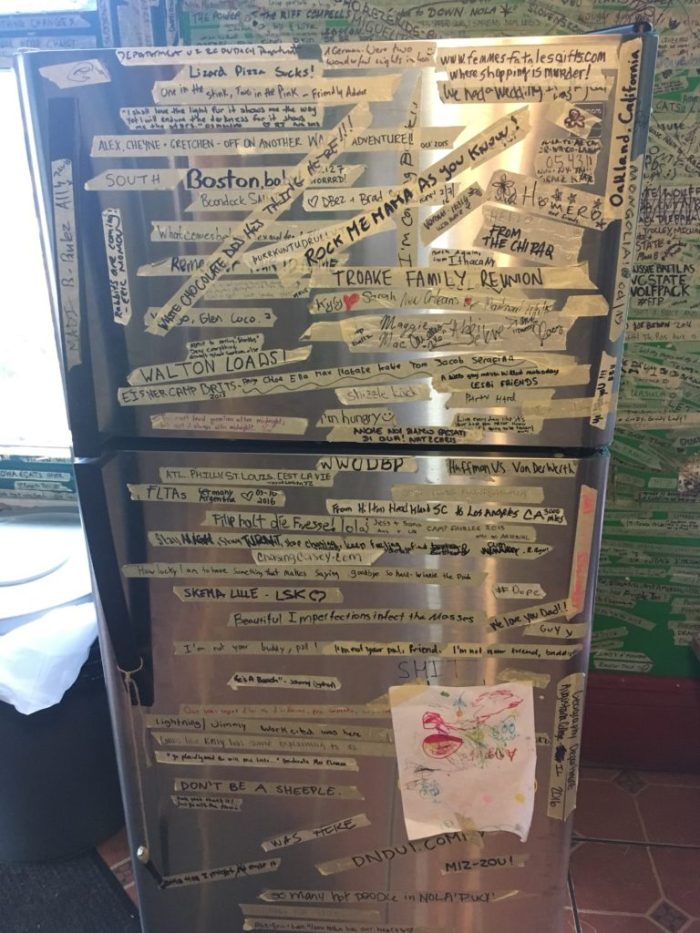 And it seemed like all of them were on month-long trips. Some were from Australia, some from England, some from Canada, and some from Argentina. Some stayed up all night, and some were in bed by 10. Some travelled in groups and some travelled alone.

One kid talked to me in a drunken haze at 7 in the morning while I was getting ready for work. Thirty seconds in to our conversation he started to tear up.

One girl liked to walk around the streets with no shoes on, and every time I talked to her she sounded like she was higher than a kite. Maybe she was. 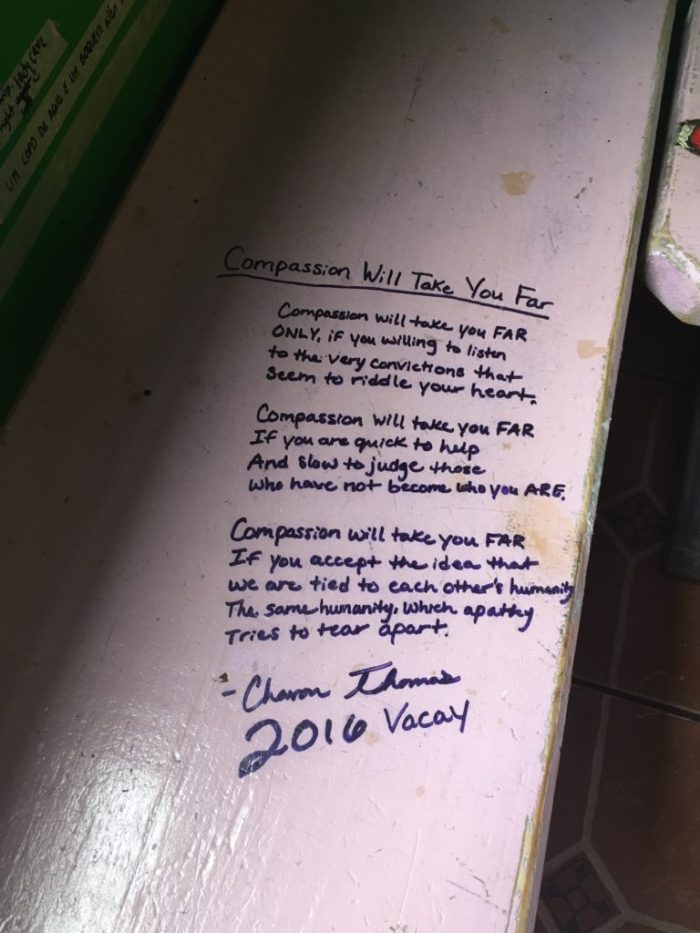 The NBA finals brought the residents of our hostel together. Watching Steph and the Warriors was the only thing that brought me outside to brave the mosquitos and later make some new friends. I was too busy huddled around an AC vent at a local coffee shop to be back at the hostel.

Oh, and the dining room! The dining room was covered in tape. On each strand there were quotes–some funny, some outrageous, and some meaningful. One read “The guy with the moustache is racist!” Another read “Giraffes have feelings too.”

Whatever they all meant, all I knew was they were there. A part of someone was left behind in that hostel for the next residents to take in. I left behind a quote of my own:

It was hot. It was weird. But most of all, it was my first Hostel experience, and I don’t think I would’ve rather gone anywhere else for it.