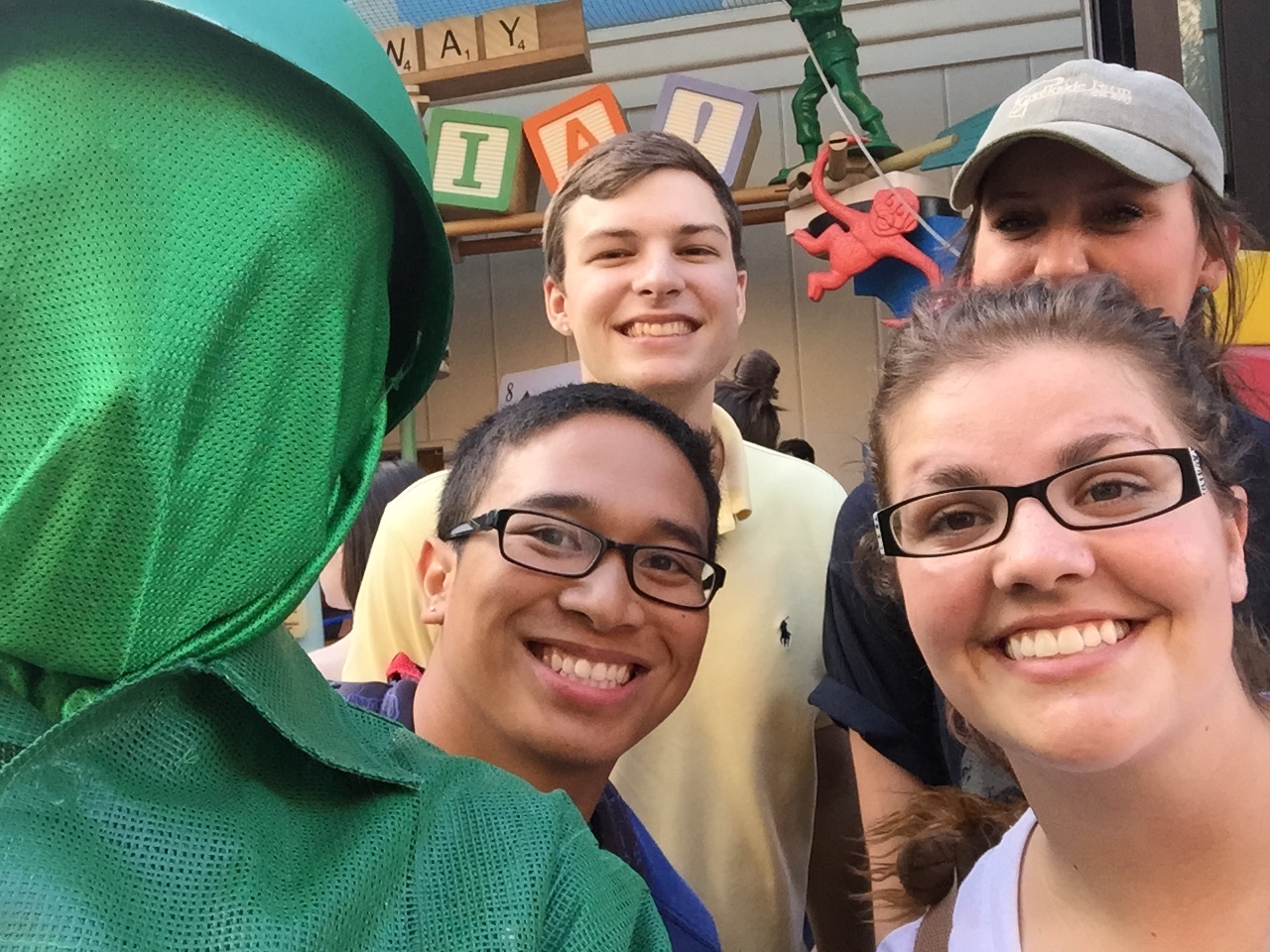 Jamie, I feel like you’re going to open this and immediately stop reading it because of how sappy it is. I mean, what I’m about to write is gonna be more sappy than a maple tree in Jason’s backyard. Quite literally.

I have to let you all in on a confession of mine. I remember when Dylan used to bring Ashton and Jamie and Alexis and Kyle and Jerry and Josh over to the apartment before we went to House of Blues. I remember being quiet for the most part and letting Dylan and ya’ll talk about work and other funy topics.

I was perfectly content doing that. But the honest truth is I never got to have a relationship with each person outside of that. The only time I saw you all was when we were together in 2909.

I can’t tell you how much fun I had.

This past week Jamie and I talked about it all the time. When Dylan and I get on the phone we reminisce constantly as well. Alexis and I do the same thing. We do this because we think about it a lot when we aren’t together.

But then our time together ended.

When I left Vegas in December it hurt. It was like going back in time for lack of a better expression–we all felt it.

But you know something? I have the opportunity to do something in this group that nobody else has. I get to work wherever, so this means I’ve gotten to spend time with each one of you alone while travelling or living in Orlando.

My role has suddenly flipped. I used to be the guy that was there to watch you all talk and conversate. I never really talked with Jamie alone or Alexis alone or even Ashton alone.

But I’ve gotten to over the past two years, and you know what? It’s surreal.

It’s made me feel even closer with all of you and strengthened my sense of belongingness(is that a word?) in the group.

Jamie, you and I can really have fun being sarcastic together. I think I’ve met my sarcastic match actually. We bounce comments off one another like a tennis match.

But the other night I got to see a different side of you, and this is something I never would’ve been able to do if I just decided to take our friendship for a grain of salt after the DCP ended.

We all are so similar because of the situation we put ourselves in by travelling hundreds of miles to stay in a foreign place for 8 months. We’re all so close because we are the same, and I didn’t realize that before. As I’ve gotten to know each one of you on a more individual level I’ve gotten to almost re-meet you all again. It’s surreal.

I mean, Jamie and I must’ve talked for three hours the other night and you wanna know how I knew that? The clock in her house that sounds off on every hour sounded off three times. Dylan and I used to do that in our room at Vista. Ashton and I can do that. Alexis and I can do that.

And now something even more surreal has happened. I’ve gotten to see why Dylan liked you all so much from the start. I mean, I already could see why, but I think I got to see into that a little bit more over the last two years.

This is coming from the outcast. I’m always the outcast kind of and I don’t mean that in a negative way. I mean that in the sense that in large groups I just like to fade into the background and kind of let them drive the conversation. Sometimes I’ll jump in and say something funny but most times I just enjoy the company.

Dylan has taught me so much, but one of the things he asked me was when I moved to Orlando was when I would see Alexis. The first thing he asked me when I told him I was going to Phoenix for work was if I might be able to see Jamie. I already wanted to see you all, but the fact that that was the first thing he said both times really made me realize how important you all are to me and to him.

I know that we all want to see each other. It’s just hard because work and life get in the way.

But here I am in some weird type of lifestyle, doing things that not many other people are able to do. I’m still trying to wrap my head around it.

When you leave friends you’re supposed to forget about them. That’s what happens in high school and in college. But I can’t seem to forget about you all. It’s impossible.

Jamie and I tried to nail down why that is the other night, but we couldn’t. We just work. We all care about each other immensely. And honestly the greatest thing I’ve ever felt in my life is the satisfaction from seeing an old friend (you all) again, or breaking the rules to turn back time and be able to spend two months with my best friend.

There will always be space in my home (wherever that will be) for you all. I will always have time to talk on the phone with you all. I can’t wait to see how our story will continue to play out–it’s still so young.

See you all again soon.