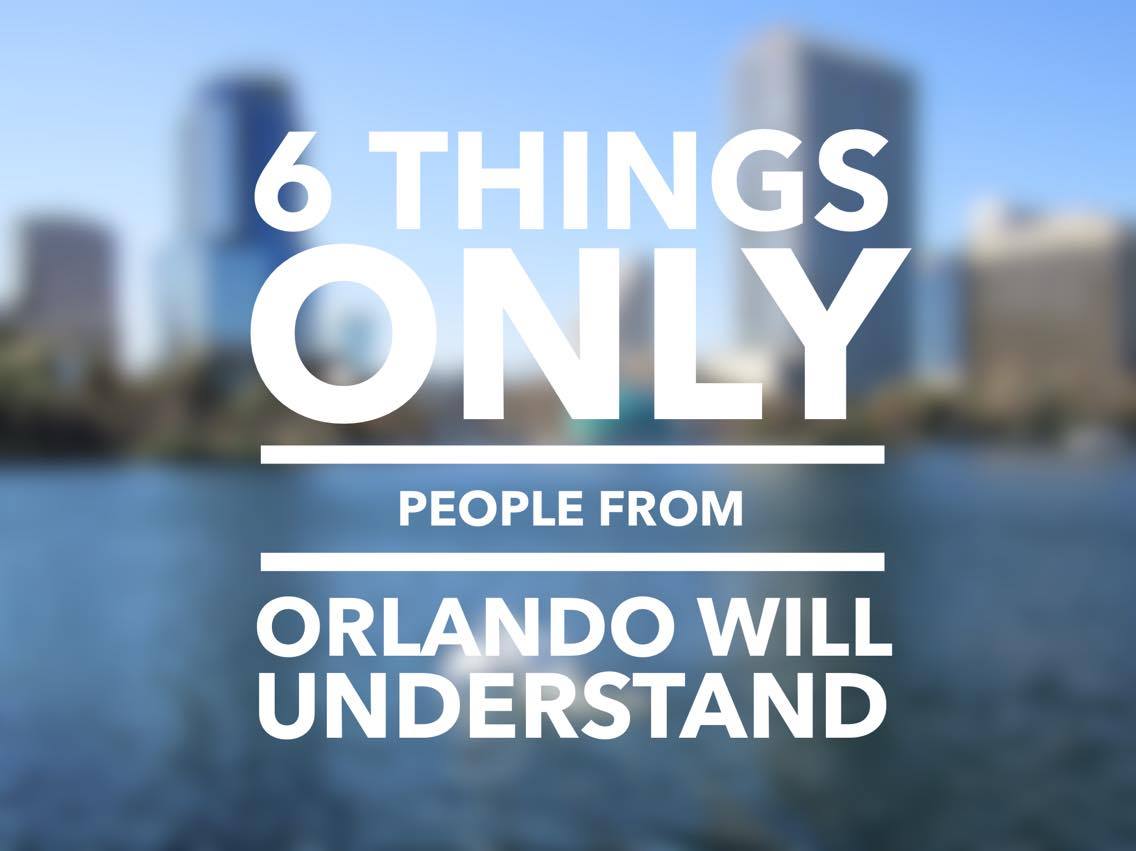 Oh, Orlando, home of Mickey Mouse and a really crappy basketball team. In all seriousness it’s a great place, and it shouldn’t just be popular because of Walt Disney World.

If you do reside here there’s a few things that only you will understand.

While many of these can be generalized for Florida as a whole, they’re also just as true for people living in Orlando, so without further ado, here they are.

Yes, it takes years to even get down the street in Orlando, which means it’s best to add 30 minutes to your arrival time, every time.

2. Cheddar’s Scratch Kitchen Is Everything

I’m absolutely in love with this restaurant chain that originated in Arlington, Texas. The only thing is, it’s nowhere to be found in my home state of Maryland, or in the Northeast at all.

These little guys run around rampant everywhere–and I love them.

Hear about the new pricing structure that Disney implemented? Doesn’t matter. You’re getting in free.

You know to never trust Siri when she tells you to take a right turn onto 417. It’s a trap, and you know you specifically clicked the route that said no toll roads. That’s it, I’m switching to a Samsung, you can go deep sea diving with their phones and they’ll still work.

These are just a few things I’ve gathered from living in Orlando. It’s a great city despite the fact it takes forever to get to Publix right down the road.