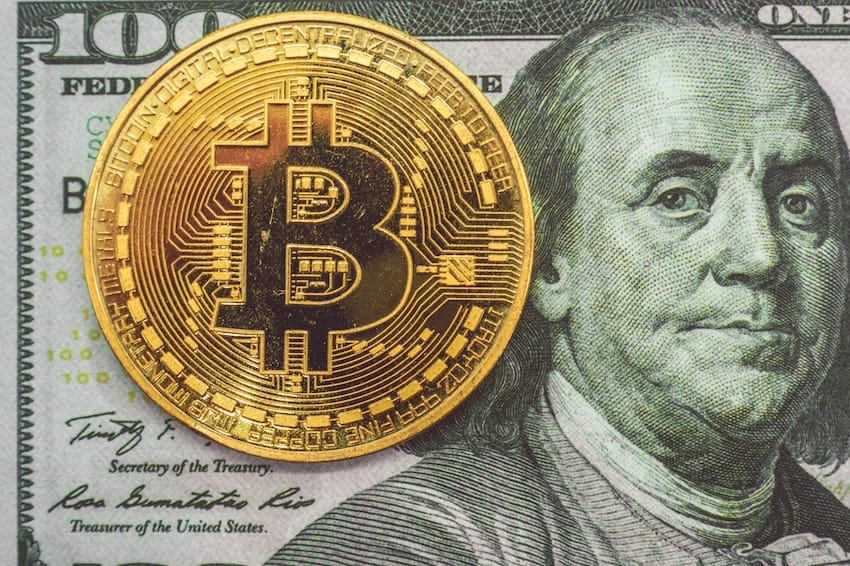 Bitcoin’s price surge in the last year has been nothing short of remarkable.

I first starting paying attention back in December when Bitcoin’s price barreled past $20,000.

Admittedly, I was skeptical about it.

My friend made a small fortune in 2017 to the tune of $30,000. When he told me how much he made my jaw nearly dropped to the floor. He wasn’t even into Bitcoin — his friend just told him to buy a bunch of it and he did. My friend’s got ginormous balls or something because I never would’ve trusted anybody enough to invest $5,000 into something I didn’t even understand.

Then the price came barreling down. Because of what happened in 2017, I wrote Bitcoin off. I thought it was some sort of ponzi scheme that held little to no value.

I had no idea what Bitcoin really meant and how this currency could actually change the world. I just saw the price of it skyrocket and my eyes saw dollar signs.

Then I watched it fall off a cliff into oblivion and vowed to never put my money into a currency or asset that was that volatile.

Fast forward to today and I’m buying Bitcoin at above $50,000, every week.

Let me explain my metamorphosis, and how you might learn more about Bitcoin if you’re an absolute beginner.

Keep in mind I’m not an expert on Bitcoin and I don’t claim to be, but after reading a few books about it and watching copious amounts of Youtube videos, I have arrived at a different conclusion than the one I had in 2017.

I thought it might be fun to detail my change of heart.

Last week I read a book by Saifedean Ammous called The Bitcoin Standard.

Of all the books about Bitcoin on Amazon’s website, this one has the most ratings (1,947).

I wanted a one-stop shop for Bitcoin knowledge, and I figured starting with the most-reviewed book would be a good start.

I was surprised to find the first 170 pages of this book barely mentioned Bitcoin. The bulk of it was about currency and government and what makes something a good store of value.

When studying Bitcoin, which is a currency, it makes a hell of a lot of sense to understand what makes something a good currency to begin with.

For most of human history, gold was the best currency.

Human beings have only mined enough gold to fill 3.27 Olympic Swimming Pools with it. That’s not a lot.

That means that there’s typically no sudden spike in supply to throw off the price of gold precisely because it’s such a rare metal.

Furthermore, because gold is such a limited resource, it’s actually a really great store of value. As humans have gotten better and better at mining with new technologies and methods, metals like copper and silver have lost their value simply because it’s easier to mine them. As supply goes up, their price drops.

With gold it’s hard to have any massive spikes in supply because there’s not a lot of it anyway.

These lessons about currency are really crucial to learn to understand Bitcoin. There’s a number of fascinating stories from history about how currencies based on stones, metals, and even glass beads have lost their value as foreign invaders recognized an opportunity and dumped their own supply into the local economy.

Europeans noticed glass beads were the dominant currency in Africa some centuries ago, so they made glass beads back in their homeland and sent them to Africa so they could have more purchasing power.

This slowly but surely destroyed the value of the beads.

As supply of the beads went up, their value plummeted. In the case of currencies, scarcity is a very important factor for allowing it to maintain its value over time.

Fiat Currencies And Their Problems

Gold was such a great store of value that most of the world’s banks had a gold standard before World War 1.

This means that whatever paper currencies they issued, the public could always come to the bank and demand their cut of gold relative to the amount of paper money they had.

The government would honor that, and would use gold to back the value of the paper currencies they issued.

Since World War 1 was quite an expensive affair, governments started to inflate the value of their own currencies, printing more of it than their gold supplies could back, sending the value of these currencies plummeting.

They had to do this to continue fighting one another, or else they all would’ve run out of money after a few months of battle.

The problem is, this started a really bad trend.

By 1971 the gold standard was essentially ceased when President Nixon ended dollar convertibility to gold. That was the nail in the coffin to the gold standard, and US citizens had to blindly accept whatever value the government bestowed upon their own currency.

The US dollar is what’s known as a fiat currency — or a government-issued currency that is not backed by a commodity such as gold.

For the purpose of not making this article a 30-minute read, I’ll focus on the one downside to Fiat currencies that really scared me and changed my mind about Bitcoin.

Governments Devalue Their Currency By Printing More Of It

Gold is a limited resource. There is a finite amount of gold in the earth’s crust, and as we’ve already established, it’s extremely difficult to mine more of it every year. That means that there’s only minuscule amounts of gold being introduced into the market, keeping the value of gold pretty steady over time.

When the government continues to print money over and over and over again, we all know it ends up devaluing the currency. I mean, $10 in 1970 was worth what $68 is today.

It does more than inflate the currency, though — printing more money is essentially stealing.

It’s like watering down a half-full bottle of vodka. Sure, it looks like the bottle is full now that you added a bunch of water, but there’s still just as much vodka as there was before.

And is the quality of one shot still the same as it was before? To any person who’s not belligerent, they’d be able to tell it wasn’t. It’s watered down. The problem is, drunk people at clubs have no idea their shots are sometimes watered down.

If you understand and accept that analogy, welcome to the state of fiat currencies in 2021.

When governments print more money, they’re essentially stealing from their citizens because the value of their citizen’s dollars decrease.

But the devaluing of currency is an insidious process — like a watered down shot of vodka. It takes time for the markets to notice the effects of a devalued currency and correct their prices. A LOT of inefficiency is created as the markets “catch up” to what the value of a dollar really is.

When governments need more money to do more of what they want to do, they can tax the public more and also print more money.

As I read Saifedean’s book it became pretty damn clear that this can’t be continued forever. Eventually the bill will come due.

It’s like a house of cards that’s being rebuilt as it crumbles.

I honestly can’t continue to go on about this because Saifedean goes over it in 170 pages and he articulates it much better than I ever could.

Why I’m A Fan Of Bitcoin Now

In short, it’s got a fixed supply. Governments can’t tamper with it, they can’t “print” more of it, and they can’t control it.

There will only ever be 21,000,000 bitcoins, and since that’s the case, it’s arguably one of the greatest stores of value ever created.

For me, Bitcoin does a lot of interesting things that would take me an entire book to go on about.

For me, though, the conversation pretty much starts and ends at it being a safe-haven against inflation and government tampering, and everything else — all of the incredible moving parts of this currency that are world-changing in their own right — is icing on the cake.

I now buy a few hundred dollars worth of Bitcoin every week regardless of price, and I’ll continue to do so for the rest of 2021 at the very least.

The world is more efficient, prosperous, and free when citizens choose which currencies they want to use. I’m a Bitcoin believer.